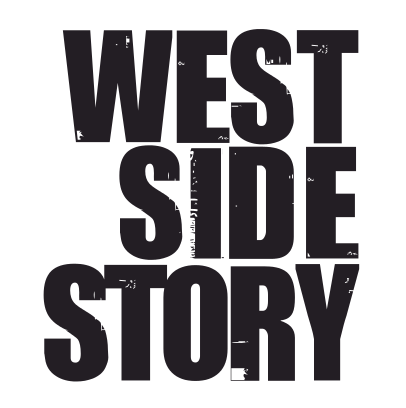 The success of West Side Story continues. The Broadway classic in Joey McKneely’s prestigious and internationally acclaimed production, with the very rarely seen original choreography of Jerome Robbins returns to numerous great stages of Europe for the 2013/14 season. On the occasion of the fiftieth anniversary of West Side Story in 2007, this production enchanted audiences and critics around the world with sold-out shows in London, Sydney, Tokyo, Beijing, Vienna, and most recently in 2012 at the Théâtre du Châtelet in Paris. In 2009, the show was awarded with two Theatregoers' Choice Awards and nominated for the Laurence Olivier Award for the Best Revival in the British capital.

This West Side Story combines the incomparably vital music, the thrilling drama and the burning actuality of the masterpiece in a lavish production with 36 performers and a total of 80 participants. Beyond this, the show features something that is essential for the authentic presentation of the masterpiece and yet unique in the world at present: Jerome Robbins's incomparable, breathtaking dance language, choreographed by Joey McKneely. For it was not only Bernstein that bravely trod new musical theater territory with his composition, as none before him. Robbins did the same on the dramaturgical level, by making his choreography a substantial part of the story. Without the original choreography the story loses a vital part. McKneely, a former student of Robbins, presents the original choreography as fresh as it was in its premiere. The young performer, casted in New York, interpret with such stunning power and technical brilliance, as if they all lived immersed in this unique work. This sense of authenticity is even more enhanced through the presentation in its original English language. The orchestra is conducted by the renowned conductor and composer Donald Chan.

The film adaptation of the masterpiece a few years after its Broadway premiere, penned by the initial "creative team" consisting of the four geniuses Leonard Bernstein, Jerome Robbins, Arthur Laurents, and Stephen Sondheim, won ten Oscars and made West Side Story famous to millions. As a musical West Side Story became one of the best known plays of all time and was groundbreaking for the American musical theatre. Today, the show has lost nothing of its original urgency and freshness. The conflict between two New York gangs is still relevant today, not only in New York. In addition to the enthralling and haunting story, immortal compositions by Leonard Bernstein like "Tonight," "Maria," "America", and "Somewhere" combined with the haunting and deeply moving story make it a timeless masterpiece.

Images of the Theatre

Images of the Programme

Photos of the programme "West Side Story" by Nilz Böhme: